Penalty rates: how much could you lose this election? 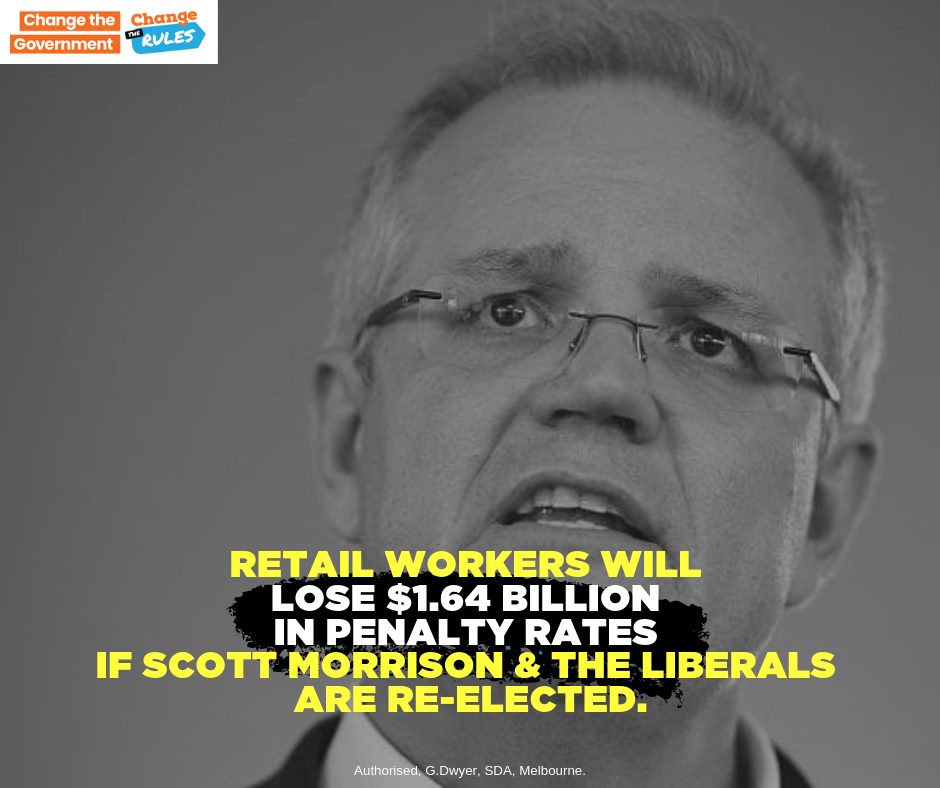 Penalty rates is a key election issue and there is a lot at stake.

As the cost of living continues to rise, wages are stagnating and retail, fast food & pharmacy workers are feeling the pressure of cuts to penalty rates. It is hurting workers, their families and our economy.

To stop Australia from having American-style low wages and poor working conditions things need to change.

Recent research from the McKell Institute breaks down what cuts to penalty rates mean:

If a Shorten Labor Government is elected and penalty rates are restored, on average workers in each electorate will see $19.2 million more in pay than if the Morrison Liberal Government is re-elected.

If a Morrison Liberal Government is re-elected, workers will be around $2.87 billion worse off than under Labor’s plan to restore penalty rates.

In every state and territory across Australia, millions of dollars will be taken from the pockets of workers unless we vote to change the government.

On Saturday May 18, make your vote count. What will future penalty rate cuts mean for you?

There is a clear choice between Labor’s commitment to restore and protect penalty rates and the Liberal Government who voted 8 times in support of penalty rate cuts.

Retail, fast food & pharmacy workers are already struggling as the cost of everything continues to go up.

We can’t afford more cuts to penalty rates. This is why your vote is so important.

Change the government, change the rules.

general@sda.org.au
Success! Thanks for subscribing!.